The LM series of frequency meters have been around since the second world war, from the LM-1 to the LM-22. They seem to have all had a similar circuit. This is an LM-21 that I've had so long I can't remember where I found it. I think I've had it for probably 30 years or so, and it most likely came from a hamfest.
Two sets of rubber gloves, about a roll of paper towels, and a lot of degreasing spray cleaner later, I had the mess safely cleaned up. I had to remove the filter cans too, to get the oil that had been sucked in under them. After I was sure it was clean enough to work on, I recapped it. But it's a good example of why those leaky old paper caps have to go. Thankfully there was a fuse that blew before something worse happened.
Before and after touching up the front panel. The before photo is worse than the top photo because I cleaned the panel before starting, which caused even more paint to flake off. The whole front panel wrinkle finish was dry brushed; I've just started in the bottom corners of the before photo. I used a very small brush to work around the engraved lettering. It's not perfect but it'll do. And that's not a scratch at the bottom, a scrap of plastic crawled into the frame.

​I also fixed the cut off tuning rod on the Corrector knob and replaced the incorrect knob on the Modulation switch with a chicken-head knob.
This is C-115, the bad .001uF mica capacitor. I seldom come across a bad mica, but obviously they do need to be checked, too. This one reads around 500MΩ across its terminals using my TS-505D meter, and also fails a leakage test on the cap tester. 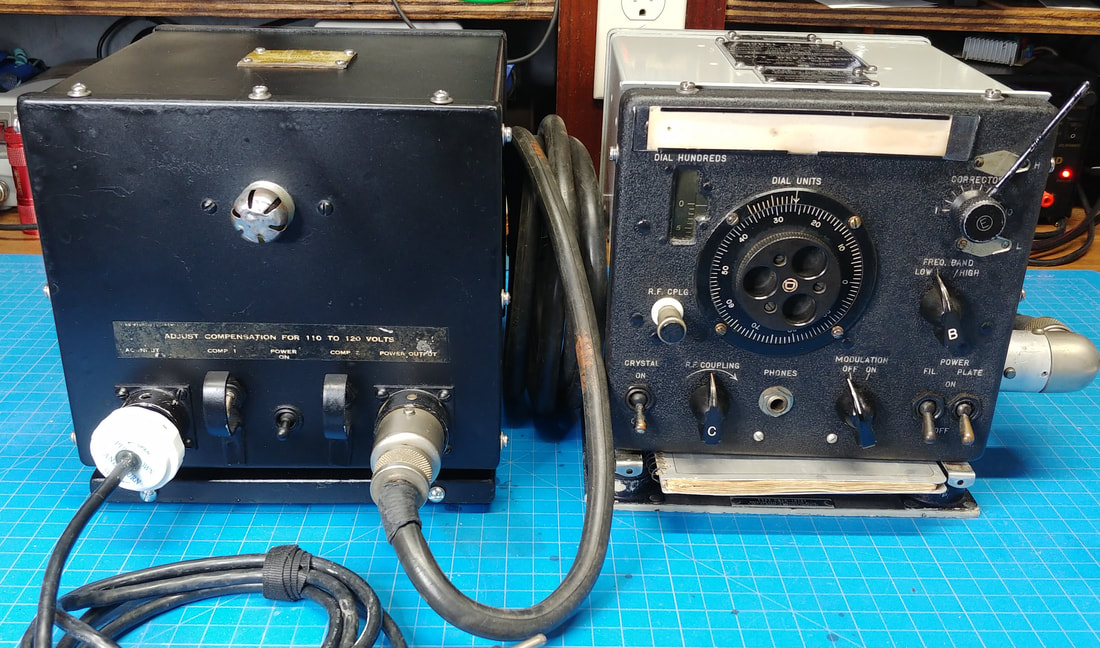 After checking the power supply voltages I powered up the meter, checked its operation, then adjusted the crystal's trimmer while beating the crystal with WWV on 10MHz. The new trimmer worked fine and I was able to zero beat the crystal's frequency with no problem. So that about wraps up this restoration.
Page created 10/15/2020
Last update 2/3/2021
Powered by