Converting a B&K Oscilliscope into a Component Signature Curve Tracer

A signature tracer is a type of curve tracer for testing various electronic components in and out of circuit, and it's a very handy tool for troubleshooting. I built this tracer by converting a 1980's vintage B&K model 1403A oscilloscope. The actual tracer circuit is from Mr. Carlson's Lab on Patreon and the schematic and PCB files are only available to his subscribers. But it only costs a couple of dollars a month to subscribe and the content available is well worth it to me.

This unit is a transistorized general purpose compact 5MHz oscilloscope and B&K produced several similar models including the 1403, 1403A and the 1405. It doesn't have the greatest of specs, but it doesn't need them for the component tracer, and it's compact size is perfect for the job. 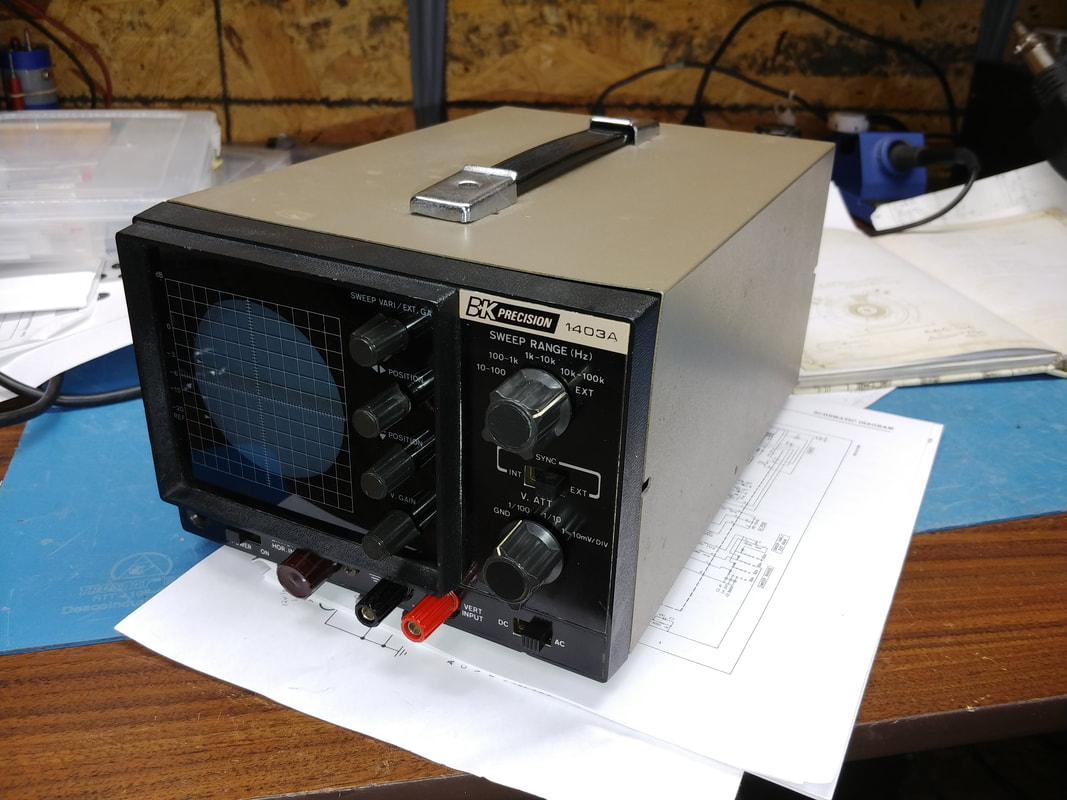 For starters, I completely recapped the unit and then removed or repurposed several parts on the front panel to accommodate the curve tracer.
All modifications to the scope are non-destructive: no new holes drilled or any other changes that can not be completely undone if desired. The only inputs to the scope after the mods are from the tracer, but basic scope functions still work and can be used for verifying proper tracer operation. Building the circuit on prototyping board turned out to be a bit time consuming, but the conversion is fairly straight forward.

A word of caution concerning transistorized scopes: there is high voltage inside, high enough to be lethal. The unit may be transistorized, but the CRT is still a tube and there are potentials as high as -1400VDC inside this unit. Proceed at your own risk. 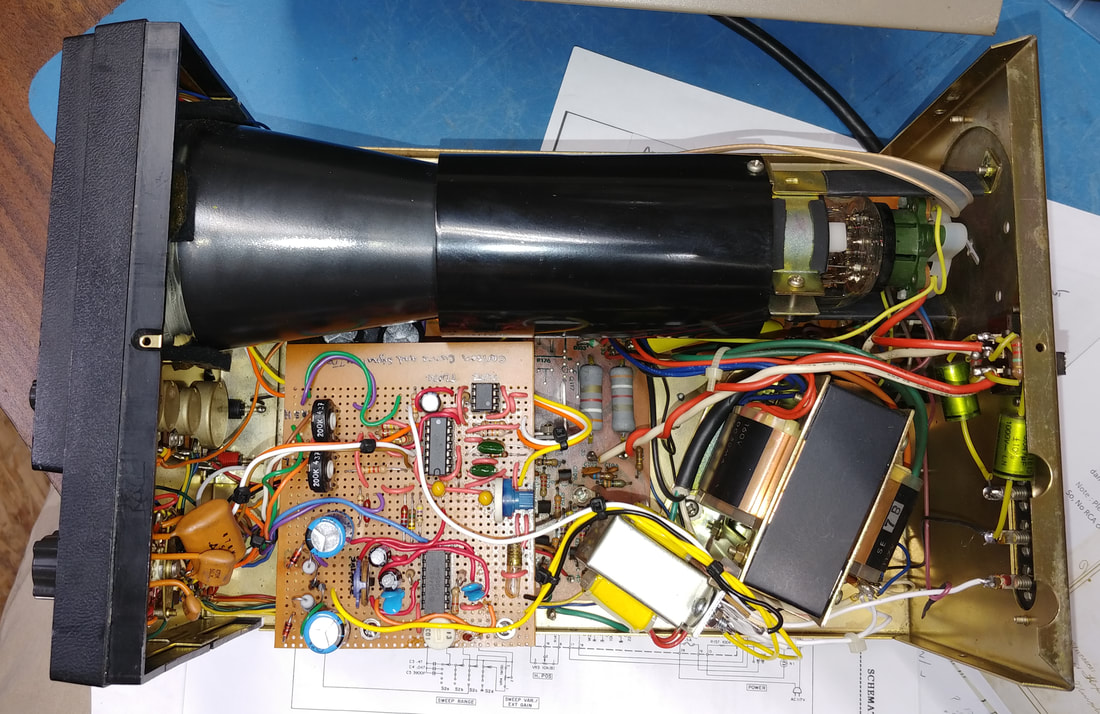 Although there are PCB layouts for both the tracer PCB and a power supply on Patreon, this tracer was hand wired on prototyping board because I wasn't setup to make PCBs at the time. The ICs in the picture are op amps and a dual +/- power supply regulator. The board's input power comes from a separate power transformer which was added near the scope's xformer. 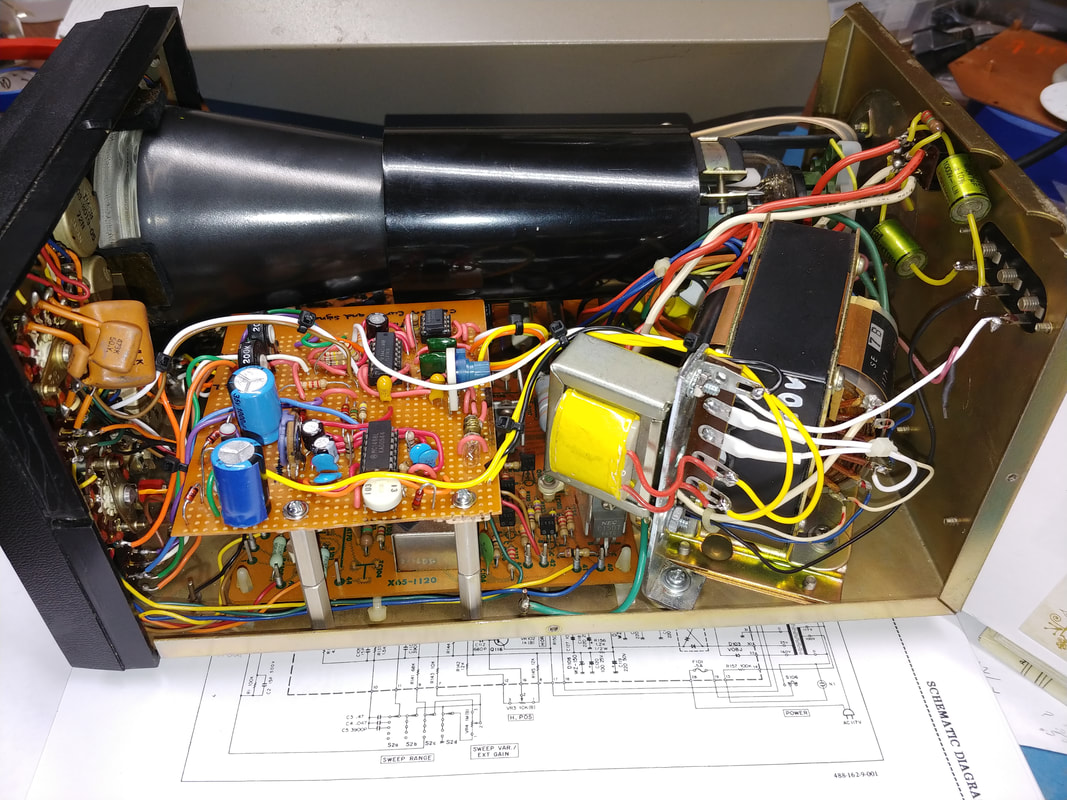 ​The tracer power supply is +/- 17.5VDC. The oscillator runs at 1KHz with a max output voltage of just under 14V and is adjustable via a front panel gain control. There are two current ranges: Low = 1ma and High =10ma. 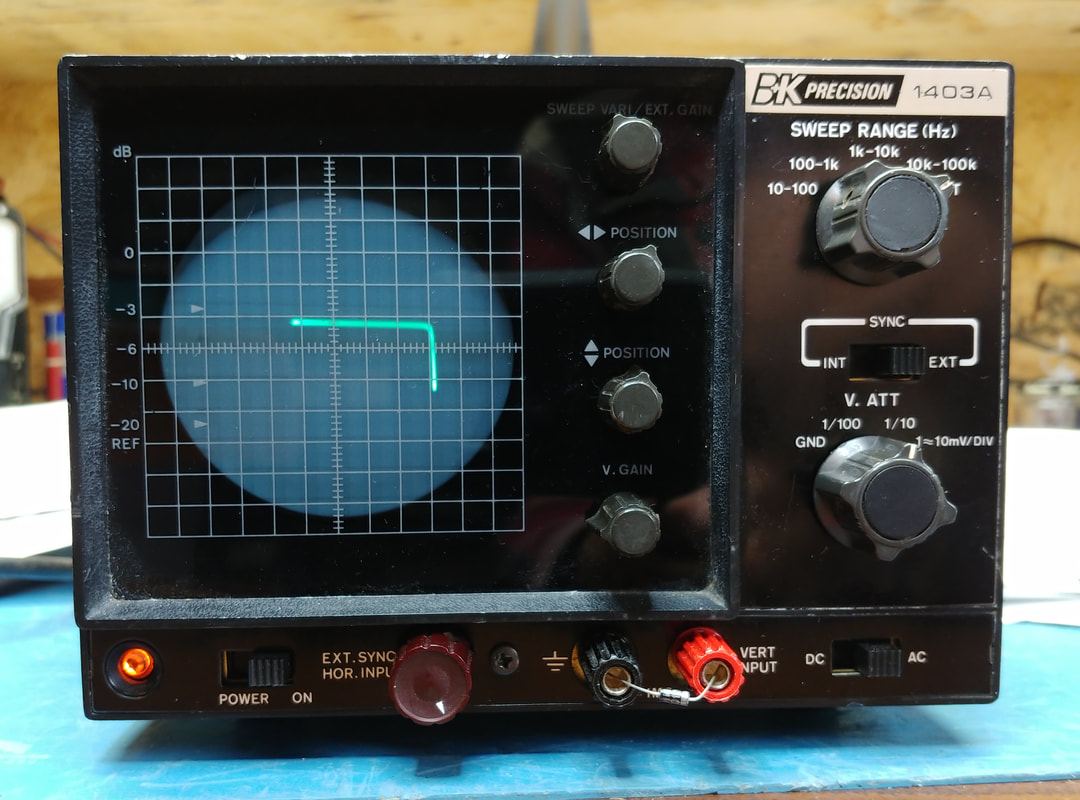 The signature for a diode creates a "knee". This particular diode is a 1N4007. Basically, you're looking for a good, sharp transition.

​Transistor junctions can likewise be checked with the tracer. 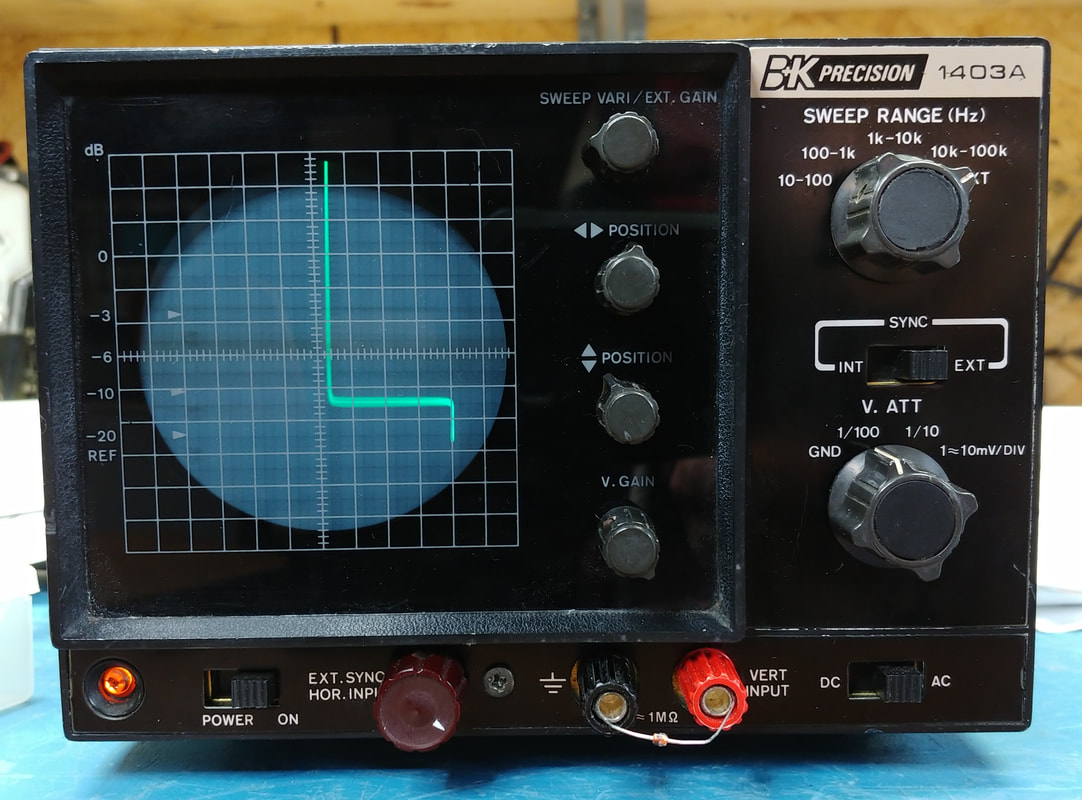 A Zener diode signature has two knees (forward and reverse). The tracer can test Zeners up to about 13 volts. 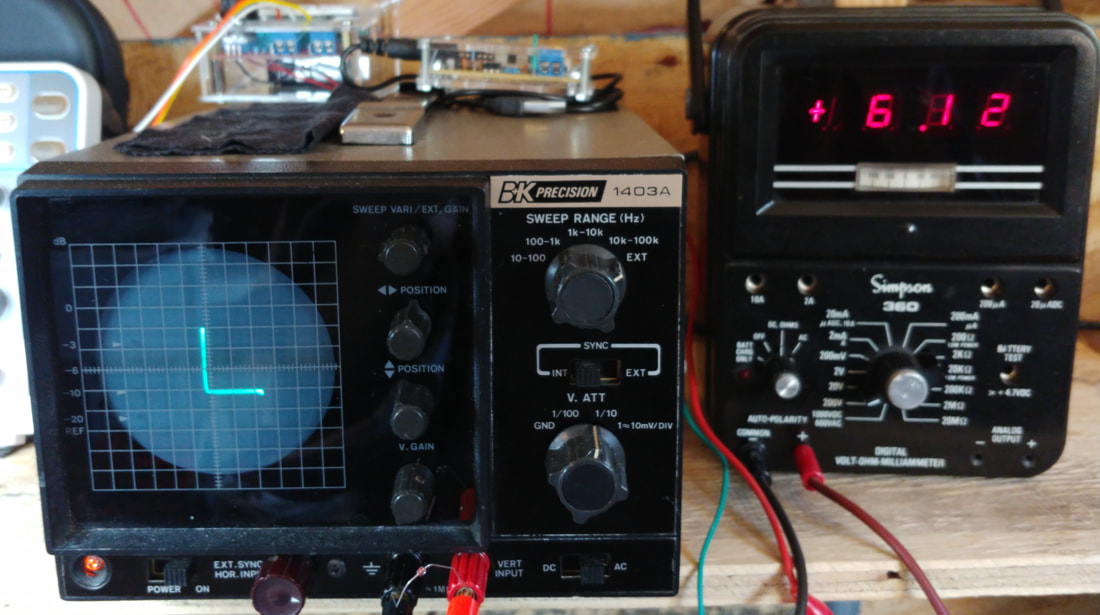 Here is an example of using a digital readout with the tracer. The oscillator gain is adjusted to where the zener's reverse breakdown knee is just beginning to turn. The Simpson 360's display shows this is a bit over 6 volts (the diode is a 6.2 volt zener). 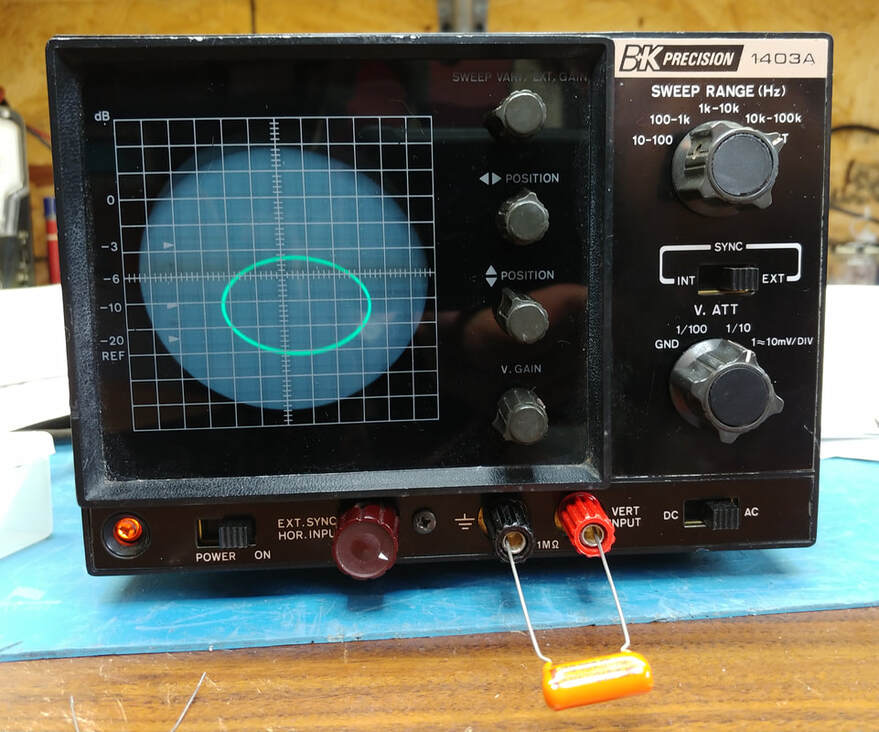 The signature of a capacitor is an ellipse. How open the ellipse is depends on the capacitor value. If there is measurable resistance in parallel with the cap the ellipse will be tilted. 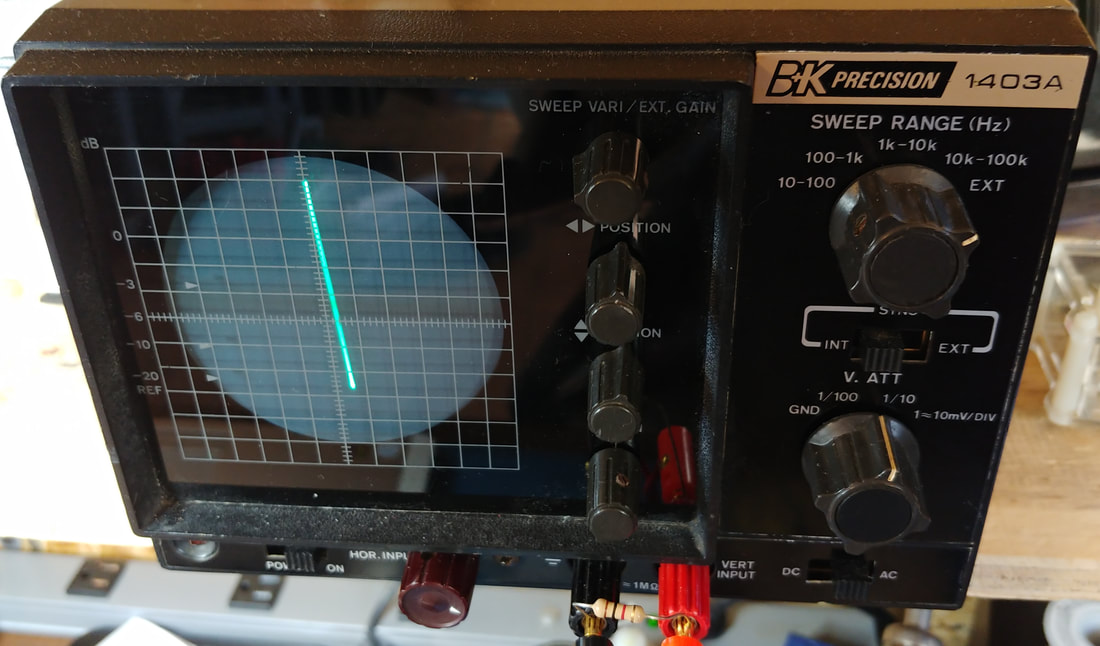 A short displays as a vertical line (zero ohms). A resistor is a line that is tilted from vertical. The degree of tilt depends on the resistance. This is the signature of a 1Kohm resistor. 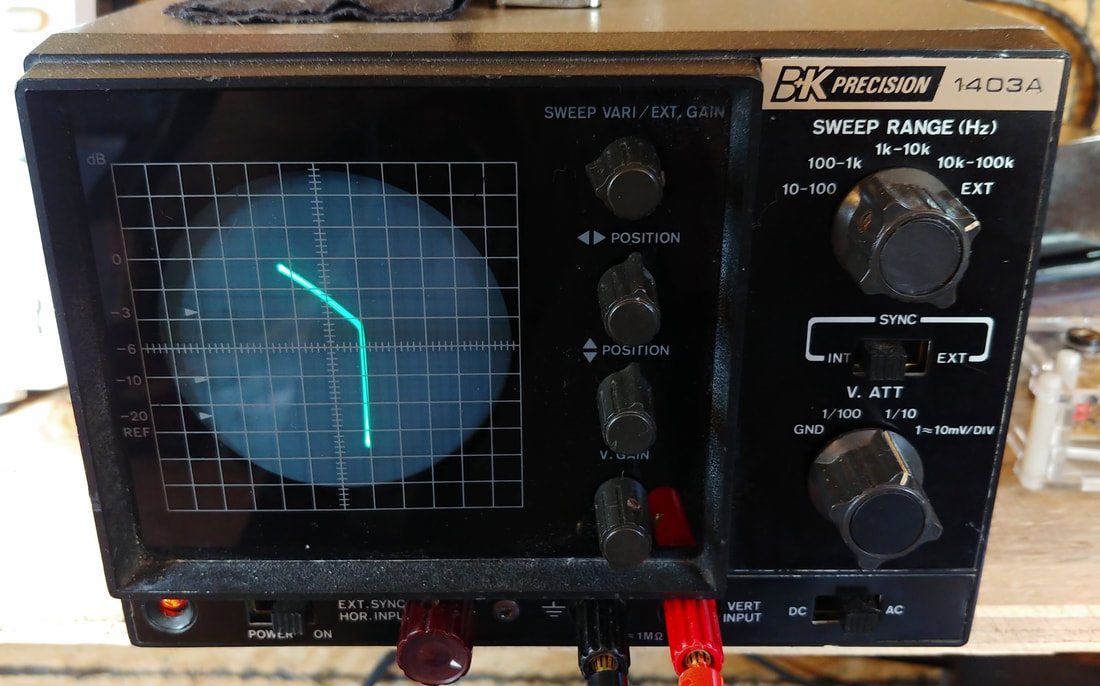 This is the signature of a damaged base-collector junction in a 2SC945 transistor from the driver board of a 1970's Luxman R1040 receiver. The output was accidentally shorted which blew output and driver transistors, and this predriver transistor. 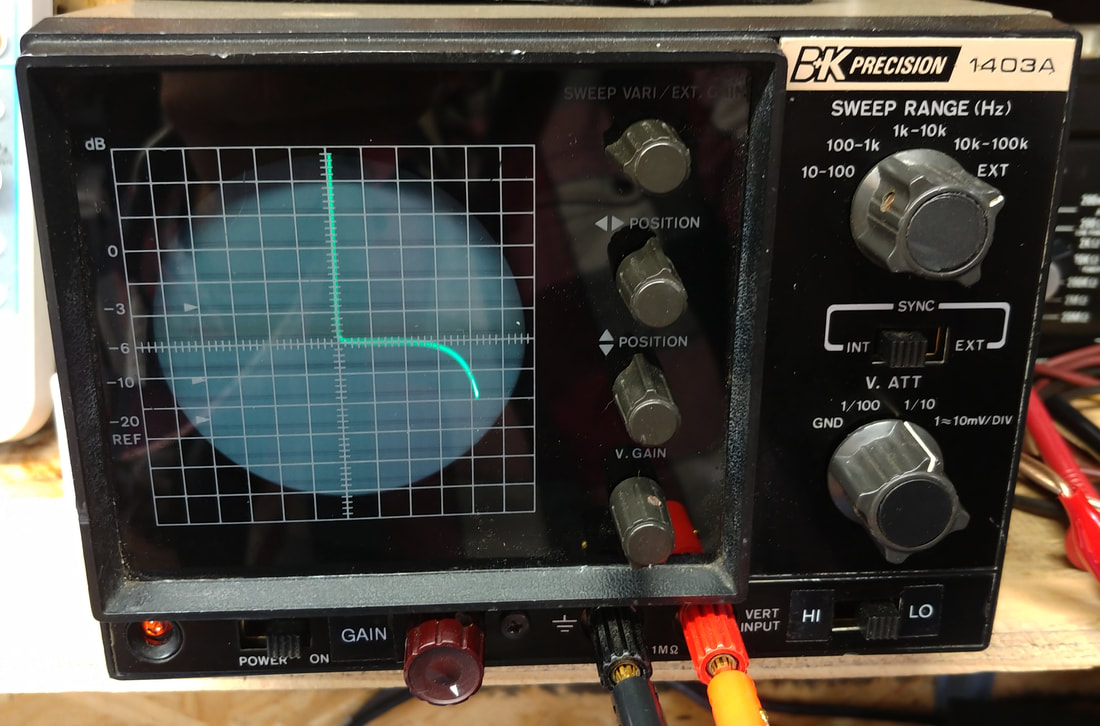 Another example of a less than perfect part. The reverse breakdown knee of this zener diode is not very sharp. This is an unmarked part from an old bag of discount components. Probably a factory reject.
Page created 2/11/2020
Last updated 3/7/2020
Powered by