I was ordering parts to build a CAT interface for my FT-817 when I came across this WINDCAMP adapter. The Chinese to English translation of the adapter's features in the ad had me scratching my head in confusion, but it was relatively inexpensive so I ordered one to see if it would do what I needed. It turned out not to be a CAT interface for an FT-817 after all. The "CAT interface" advertised is only for the FT-857 or 897 and is nothing more than connections from the TXD and RXD data lines of the mic jack to a mini-DIN connector. But it does provide connections for an external microphone and PTT switch and can route phantom power to an electret condenser mic, so it is a useful accessory. I'll still have to build a separate CAT and data interface for my 817 though. Now if I could just find the advertised "hand-wheat spiral" functionality...

Using parts from Radio Shack I made a hand held PTT Button to connect to the adapter which necessitated a couple of modifications, one to bring power to the hand box for a transmit LED and another to add an opto-isolator into the PTT line to protect the transceiver. 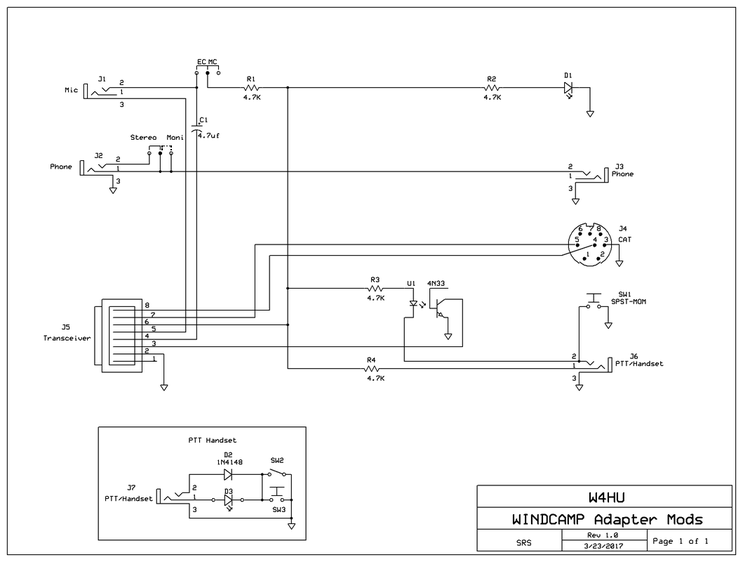 A schematic of the adapter and modifications. The CAT connector does not work with an FT-817 and was taped over when the unit was reassembled to discourage plugging into it by mistake.
Last update 5/21/2017