I purchased this unassembled 12-1/2' galvalume metal observatory dome on AstroMart in January of 2012. I was told by the seller that this observatory dome is one of only two made by Lancaster Domes in Lancaster, PA in the early 1990's and is apparently the only one still around. This dome was said to be a prototype for a dome built for an amateur astronomer who was one of their customers. That dome, as the story went, was shipped to another state, where it was used until the owner passed away, and has since been demolished.

This prototype dome is a modified silo dome and appears to be closely modeled on an Ash Dome. It came with a set of uncut dome panels so if it was previously assembled as a prototype then the original panels were replaced with new panels when it was sold. I also received a generic Lancaster silo dome manual which explains panel assembly, but contains no information on how the custom base ring, aperture shutters and shutter tracks go together.

I did find an Ash Dome document online with some details on assembly, which helped me decipher the base ring and roller assembly, but unfortunately it's not a full construction manual. One difference from the Ash Domes I've seen in photos is the two-piece rolling shutter (one longer section and one shorter) in addition to a drop-down door in the front. This dome has two small shutter sections, plus the longer section, and it still has the drop-down door too. I probably won't figure some of this out until I actually start assembling the thing.

I tried emailing Lancaster Domes at the time I purchasd it, to see if I could talk to someone who knew anything about how this beast was supposed to go together, but they never replied. ​

All The Parts And Pieces 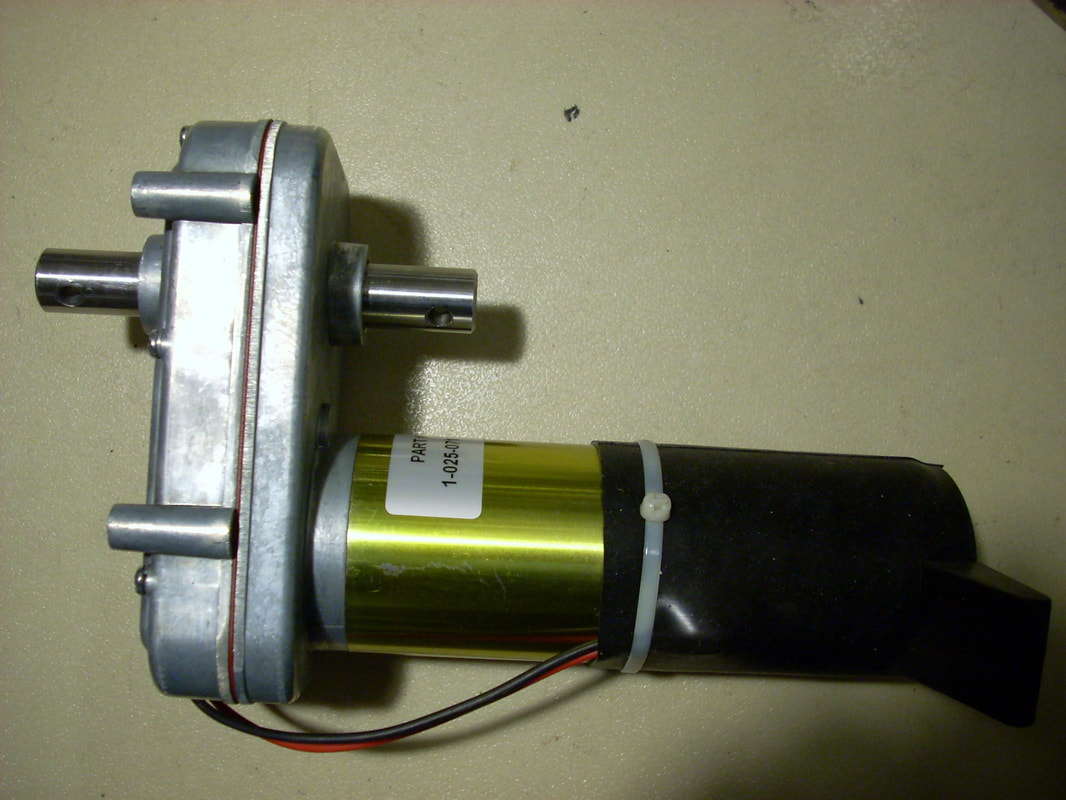 This is a picture of the azimuth motor I plan to use on the dome azimuth drive.

There is an electro-mechanical brake on the motor rated at 500 in-lbs. The motor was originally for extending a slide out on a camper. I also purchased a 12VDC 25A DPDT relay to control the motor direction.
For comparison, one of the Exploradome automation packages uses a motor rated at just under 200 in-lbs of torque at 11 RPM to rotate the 8-foot Exploradome, which weighs in at about 225 lbs. I would guesstimate this dome to be in the 500 - 700lb range so I think this motor can do the job.